Arzio FMB is a beautiful 2015 dark bay/black Oldenburg NA colt by Aliano out of our Premium Oldenburg mare, Alexis (Amiro / Wandersmann xx / Trapper). Arzio is full brother to Aragon FMB (2013), Ariano FMB (2016), Atazio FMB (2017), and Auguste FMB (2018). You cannot ask for a better temperament than the one this colt has. Friendly, brave, curious, and intelligent. Arzio is very flashy with four socks and a blaze. He has an elegant posture with bouncy, free movement. Like his older brother, Arzio is expected to mature at around 17.2hh.

Arzio’s imported Holsteiner sire, Aliano, was in Grand Prix Dressage training and has competed successfully up to the Intermediare I level. Aliano comes from the famous STAMM 318D2, which has a strong reputation in breeding and sport. It is the direct motherline of the stallions Corofino I and II, Diorado, Diarado among many others. Arzio’s dam, Alexis, is a Premium Oldenburg mare who scored 9’s at her MPT. She is 16.3hh and a beautiful black/dark bay with three socks and an interesting blaze. Alexis is a very kind, forgiving mother whose laid back temperament and unflappable attitude is passed onto her foals.

Arzio’s dam sire is the Dutch Warmblood stallion, Amiro by Ramiro Z. Imported from Holland, Amiro was USDF Champion at 4th level, and BC Advanced Level Reserve Champion in 1990. In 1991 he was Reserve Champion at Spruce Meadows and qualified for the Pan American Games Canadian Team, qualifying with every test he performed in 1991. He was long-listed for the Canadian Dressage Team and was rated among the top 10 advanced dressage horses in Canada. In 1995 Amiro was presented to the Oldenburg NA and was the winner of that approval, based on his performance in dressage. All of his presented foals went premium. Amiro was well known and loved for his friendly, willing temperament. He stamped his get with his fabulous attitude and his fluid, powerful, correct movement.

I purchased Arzio as a 2015 weanling colt from Mélanie Boucher. From beginning to end, I was very pleased with her honesty and professionalism. She has impeccable mares and Aliano is just incredible. She holds a very high standard in her breeding that I appreciate. Arzio has inherited Aliano’s looks and height, but also his incredible temperament and movement. I can’t wait to see what the future holds! I’m also looking forward to purchasing my next superstar from her.

(Scroll above through the various videos of Arzio FMB) 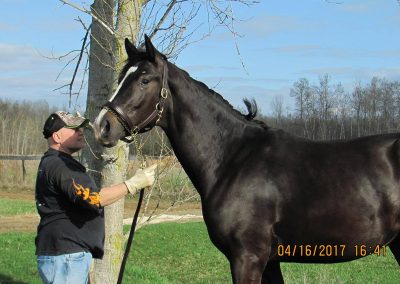 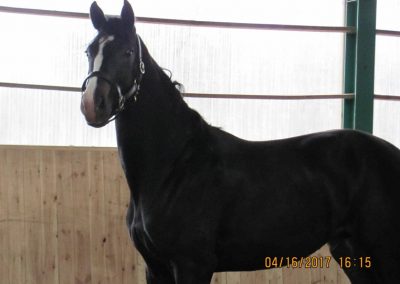 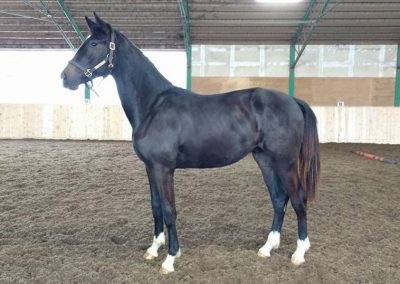 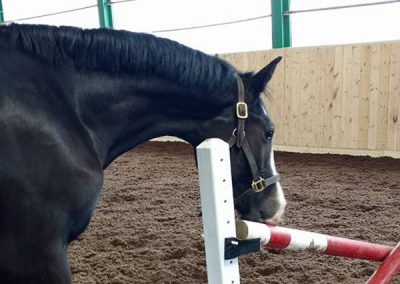 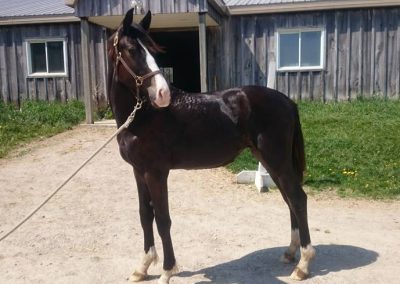 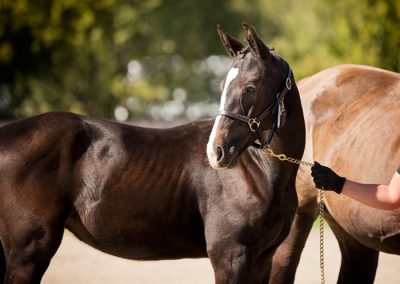 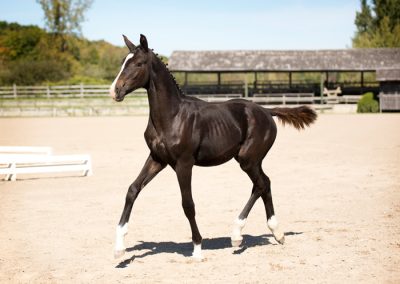 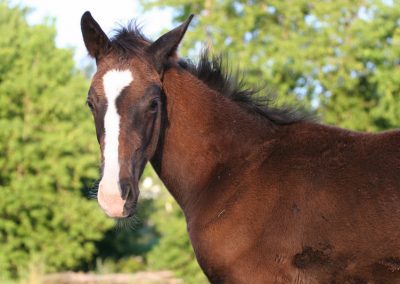 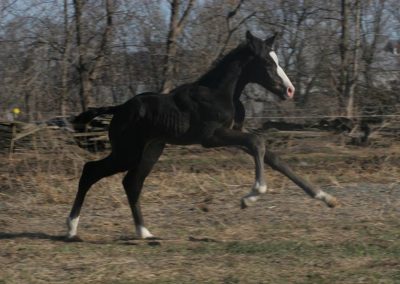 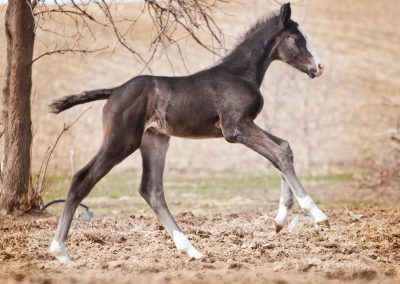 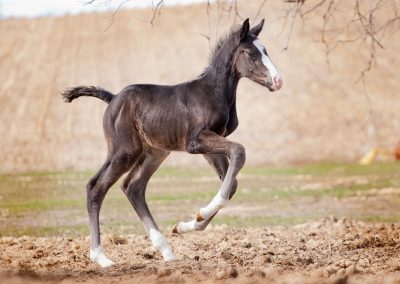